Although our European neighbors also have sheep and goats, they barely use any wool at all. We Norwegians, on the other hand, have both a dear and sentimental relationship with sheep and the wool it gives us.

There’s nothing like wool when it comes to clothing production. Especially in our Nordic climate, with cold temperatures, howling winds and ever-changing weather. But it's not only the wool itself that's interesting. The manufacturers of the wool, that is, the sheep, also have many properties that may surprise you. 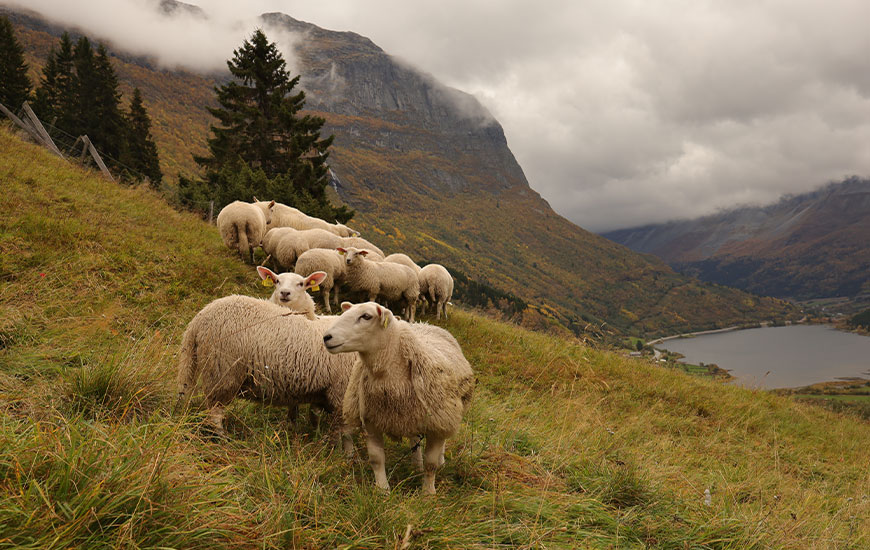 Studies have revealed that sheep can distinguish between different emotional expressions, as reflected in pictures of sheep with calm or frightened expressions. This is a very important skill. Knowing how other sheep are feeling is fundamental to building strong social relationships and keeping the herd safe.

But not only are they able to understand others' expressions, their own feelings can also be very complex. Sheep have individual characteristics. For example, some sheep are more forward, while others keep themselves away from the herd. And some sheep are pessimists while others are optimists.

It’s a well-known myth that sheep aren't very intelligent. But, research proves different. In one study, the sheep were able to recognize up to 50 other faces and remembered them for up to two years!

The sheep are also clever enough to give birth to their young at the best time of year. In spring, the ewes graze on spring grass, which is packed full of protein, vitamins and minerals. This makes them produce “super milk”, which is perfect for newborn lambs.

But it’s probably true that sheep have become less intelligent during the time we humans have had power over them. Smart sheep were often weeded out because they were seen as problem animals. Long-term sheep who produce a lot of meat are given priority over those who are good at defending themselves against predators. 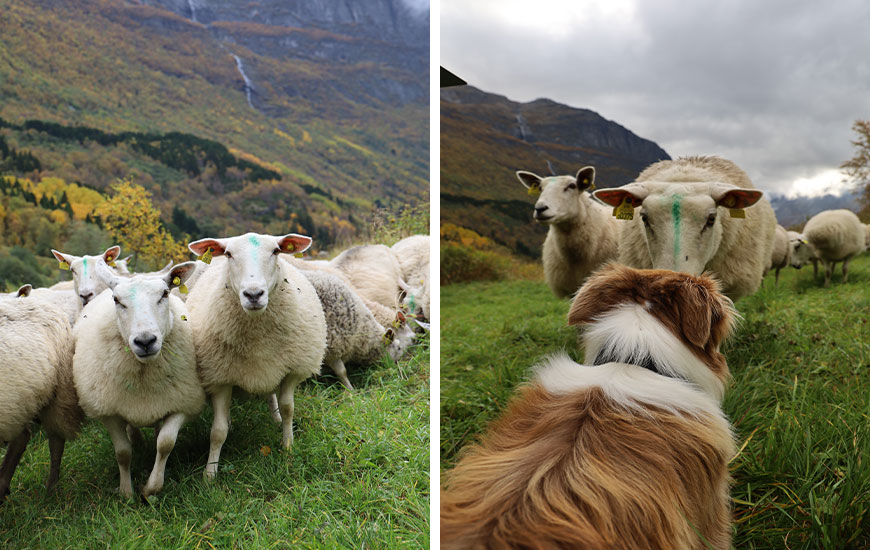 Sheep don't gather in packs just to protect themselves from predators. They also form strong bonds and seem to form close friendships within the herd.

The family often consists of an older ewe, her daughters and her annual lambs. The lambs create their own herds when they become sexually mature.

By communicating through body language, sounds and smells, they keep in touch within the herd. Or they bleat to each other when they spread out. The lamb recognizes its mother by her bleats and facial features.

Sheep have a fantastic memory.

Sheep led to the discovery of America

The Vikings loved their sheep and often brought live animals on board their ships. Not just for food, but also as future livestock for wherever they settled. After all, they knew that sheep and goats could do anything.

And without sheep, the Vikings wouldn't have gotten away at all, because the sails on the Viking ships were made of wool. And maybe you can thank the sheep for Leiv Eriksson getting to America in good health...

Do you take vitamin supplements? Then you might have wondered where the vitamins come from. When it comes to vitamin D, you can thank the sheep. In Norway, the sun is too weak for eight months of the year, which means we can't produce enough vitamin D ourselves. We should therefore take supplements to avoid deficiencies.

Vitamin D3, which is what you find in most of the vitamin D supplements you can buy, is made from lanolin, which is extracted from sheep’s wool. Lanolin, also known as wool fat, is a thin film around the sheep’s hair. It protects against the elements and prevents the sheep from freezing. 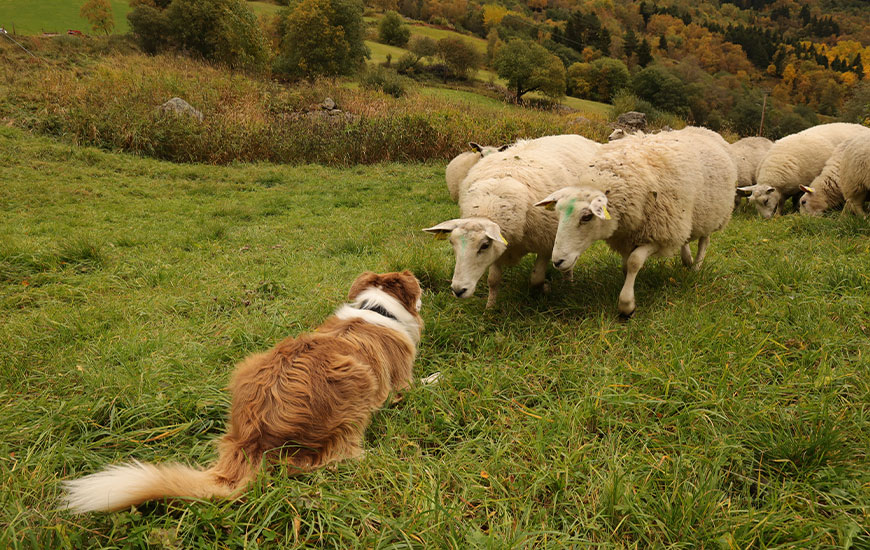 When sheep become ill, they can self-medicate by eating specific plants. Pretty neat when you're out to graze for the summer and you're far away from the nearest vet.

Why use wool from sheep?

As you can see, there are many great reasons why we love sheep and all the lovely wool they give us!

If you choose wool, you’re sure to stay warm, dry and comfortable on any trip, both in summer and winter.

By using wool, you contribute to the use of the whole animal, and sheep’s wool is also naturally degradable and a renewable resource that is good for the environment.

Wool has gained a new meaning in recent years, although it has always been popular, there are now clothes in merino...

Whether you’re running, cycling or doing high-intensity activities, wool is clearly the best material to wear. The...

The Multilayer Principle – A Guide

The multilayer principle or layering principle shows you how to dress while you’re out the great outdoors – whatever...

Choose wool and you’ll be well-prepared for bad weather.

Being in the mountains offers quite the experience, but it can also be inhospitable when the weather changes. Stay wa...

Summer is the peak season for hiking, and there are plenty of places that offer great views and fantastic experiences...

There’s a lot to consider when your kid starts preschool. Finding the right clothes for activity and different...

How we optimize transportation

Here is how we optimize transport to be able to transport goods and products in a more environmentally friendly and...

Benefits of wool clothing for children

A good wool set or wool baselayer for children makes long days outdoors fun, whether it's at kindergarten, school or ...

How to dress children in spring

It's getting warmer, the snow is melting, leaving puddles everywhere which children just have to jump into, spring is...

Several studies now show that fine Merino wool can help those suffering from atopic eczema and sensitive skin, as wel...